We have put together 4 packages for you. They are our most popular versions most often purchased by our customers. Our customers for MWO's are Therapists, Doctors, Physiotherapists and Naturopathic Practitioners all over the world. If you would prefer a different composition or configuration, this is of course possible. We will be happy to help you!

The use of high frequencies/voltages at low current (in amperes) in living organisms such as plants, humans and animals has been the subject of medical interest for almost 100 years. The technique was invented around 1890 by Dr Nikola Tesla, a genius scientist, who also discovered alternating current. Thanks to him, we can make use of electricity in the home, street lighting, WIFI, Wireless Electricity (Electromagnetic Waves) etc. Since then, a lot of equipment using this technique has been put on the market.

The original device, the basis for MWO therapy, came from the French scientist Georges Lakhovsky, who worked in Paris around 1920. He developed the vision that the genes and chromosomes in all living cells are constantly in motion. He also reasoned that they function as small radio transmitters and receivers. Moreover, they would have a resonating frequency due to their size, shape and capacity.

Lakhovsky has done a lot of research on the impact of this theory. However, the establishment was not charmed by the fact that he had developed a successful method.

Experiments with very high voltages have shown, with expert use, that physical pains can be treated very quickly and effectively. It also showed that infections and wounds heal very quickly. These high frequencies and voltages cannot be applied directly to the body.

The energy is conducted through a gas-filled lamp (argon or neon) or through an antenna system.

After a period of about fifteen to twenty minutes, the cells no longer absorb energy. If the exposure to magnetic waves lasts longer, the energy is repelled by the cells and no longer used. The energy of this device can therefore not damage or destroy a living cell.

Lakhovsky's Multiwave Oscillator was used with great success in Europe in the 1920s and 1930s, particularly in England, Germany, France and Italy. The equipment was large, heavy and expensive (relatively speaking). It was therefore only used in hospitals.

The 'Multiwave Oscillator Therapy' has been continuously developed over many years through repeated experiments, improvements and optimisation of the equipment. Mainly because of the reactions, advice and experiences (and also research) of people who use the equipment, the current device has come into being.

The electrical and chemical aspects of the human body, and the relationship between these elements, have been increasingly recognised in recent years. There is growing attention for these subjects. The phenomenon of electrostress and polarisation is also becoming much clearer and is open to discussion. On our website you can find a beautiful scientific piece by Prof. Cure. All you have to do is log in. In conclusion, from practical experience, more than 80% of all ailments are caused by mental and physical strain due to electrostress. We now know that a negative electrical charge depolarises cell membranes.

Electricity, just like chemicals, can be used in many different ways for medical purposes. Some chemicals are dangerous and harmful, others are useful because of their healing properties. 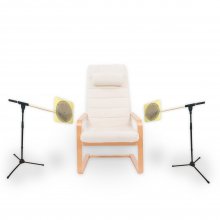 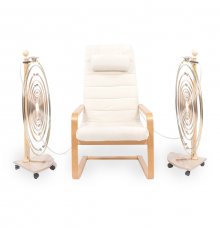 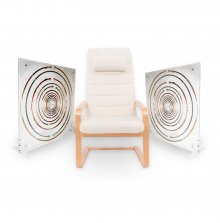 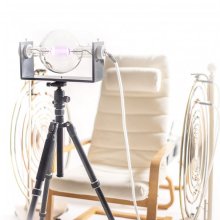 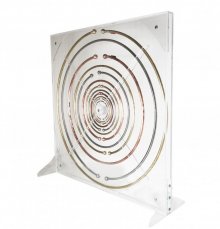 The new Lakhovsky Antenna Stand from Meditech Europe is a combination of industrial design with original effectiveness. The knowledge of Lakhovsky is now in a new jacket so that the user can no longer come into... 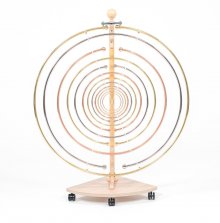 The old theory of Lakhovsky in an original version. The Lakhovsky Antennas by Meditech Europe are a combination of original design with original effectiveness. The knowledge of Lakhovsky is preserved and is spread...